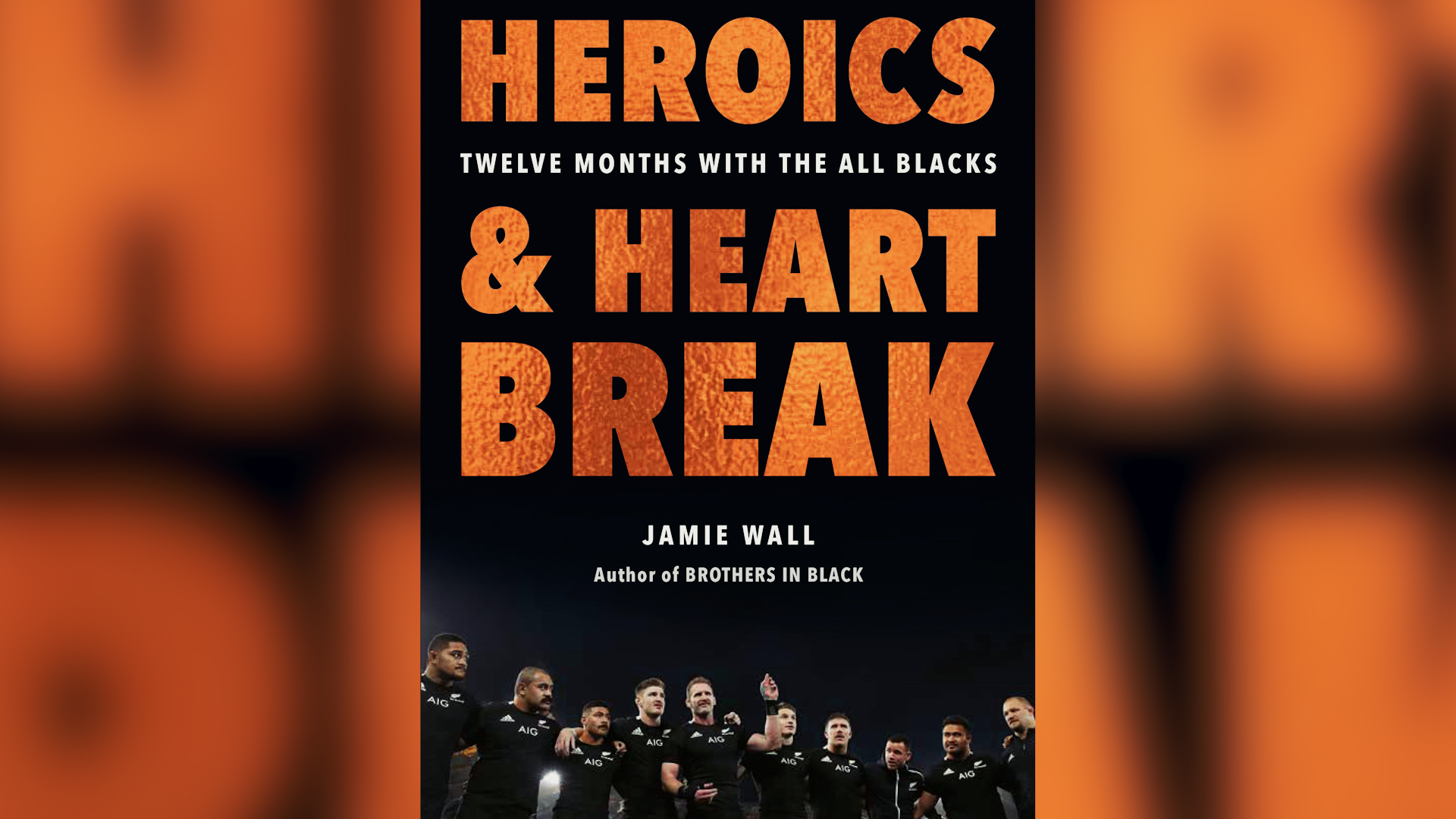 Heroics and Heartbreak is a brave and astute observation of all things All Blacks, and maybe a book that the higher-ups should care to read.

I have to admit, I didn’t read Brothers in Black, the first book Jamie Wall wrote.

But over a coffee in September 2019, Wall tells me he is working on another book, basically an “inside look” into life on the road with the All Blacks as told by the perspective of a journalist covering them.

Ok, sold, and I immediately politely requested a signed copy upon release.

I wanted to get my hands on this, not just because I know Jamie, I’ve worked alongside him and I’m a fan of his work, but I also knew that with his writing ability and uncompromising search for transparency, this would be a book that tackled some of the issues all of us on the rugby journalism scene had talked about in one way or another.

And that’s exactly what Wall delivers with Heroics and Heartbreak, a book about New Zealand’s top brand and what it’s like work with them every day. News flash, it’s not always great.

On the back of Heroics and Heartbreak, you read the following question: What happened to the All Blacks at the 2019 Rugby World Cup?

Wall, now one of New Zealand’s best journalists and a two-time rugby author, might not capture the complete answer to that question, but his year-long tale does indeed tell a fascinating story.

The real strength of what Wall has put together in this, a 368-page diary, is a great insight into life as a journalist covering the All Blacks. At its most basic level, this is the story, twined together well with astute observations that range from experiences that were clearly both a mixture of enjoyable and downright frustrating for Wall.

As a sports journalist myself, and having worked with the All Blacks on a handful of occasions, some of the points that Wall makes didn’t surprise me in the slightest. Frankly, as a participant in this industry, I found that side of Heroics and Heart Break to be far more interesting. But Wall isn’t just a journalist, he’s a damn good storyteller and something of a budding historian.

What you get with Heroics and Heart Break isn’t just a book targeted at readers with an interest in the media industry, either.

My assumption is that Wall really wanted to paint the picture of a team (perhaps even a sport) that is wildly complex, conservative and in dire need of a new approach.

Perhaps the selling point of the story is in Chapter 43, The State of the Union, when Wall discusses his observations when attending a Mitre 10 Cup game between Auckland and Canterbury where he finds empty stands, little to no media coverage and a generally lifeless atmosphere at a game that was once one of the big days on the New Zealand Rugby calendar.

Not unheard of, but brave for a journalist with many connections at NZ Rugby to come out and talk about that.

Also brave was pulling no punches in his description of “the worst crowd ever” that attended the 16-all draw between the All Blacks and Springboks in Wellington, the native home city for Wall, or his reaction to the Steve Hansen meltdown post RWC 2019 semifinal.

That’s the real strength of this book, the bravery in which it was written. As the All Blacks megabrand heads into a new era, it may take brave thinking similar brave thinking in order to address what are becoming problems that the union can no longer avoid.