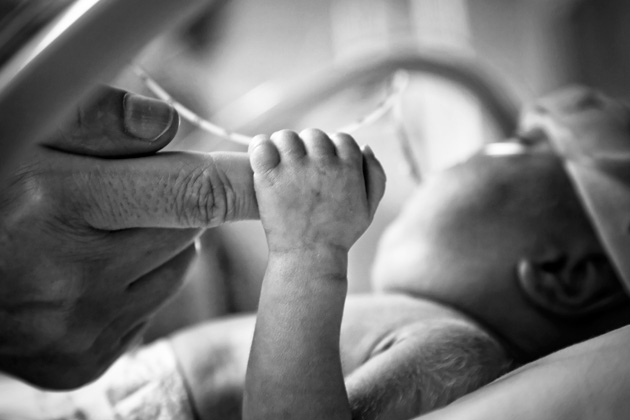 My name is Michael Lewis Christopher Pulman – and this is my adoption story.

On December 17th, 1991, a woman that I would never meet saw her life change forever. My birth was that change.

Since that day there has been a lot of hearsay about my birthmother, and ultimately, I’ll never know the truth about just why I was given up for adoption or the circumstances surrounding it. The reality is that, really, only one person knows the truth.

Sadly, that person is no longer with us.

In 2016, my birthmother passed away suddenly. I never met her, and I know little about her. Since I announced that I’d be writing this story and sharing it online, I’ve had some people come forward and tell me that I “deserve to know the truth”. So with that in mind, the future blogs in this series may change, but for now, this is all I know.

We always have a choice in life. She, my birthmother, made hers, and nearly 26 years later, I am making mine.

This is a story of two sides, and what I’ll write in the next few blogs is my side of the story and a compilation of my thoughts on the matter. I don’t care whether you agree, disagree, or have an opinion on the motivation behind my writing this. Your view, perhaps even your truth, is entirely your right.

You aren’t in my shoes and you will never be able to understand the sheer amount of questions I have, questions that will forever go unanswered.

She didn’t make the decision of putting me up for adoption lightly, but ultimately, I think it was a case of her having to make a choice. Keep me, the unexpected child and make it work, or put me up for adoption and continue on with her life. The reasons behind her making that mistake in the first place are unknown, and perhaps if she had chosen to keep me, she would’ve forever lived in that mistake.

Perhaps, by keeping me, my birthmother would’ve lost everything.

Put yourself in her shoes for a moment and think about it. The only person on this earth that can judge her decision is me. I’m her only child. With that said, I don’t blame her for putting me up for adoption, nor the mistake that led to my conception, because there is always a reason behind the choices we make.

So just over a week before Christmas back in 1991, she gave birth. Her husband and their respective extended family were both furious and shocked. Did they have a part to play in my adoption? Only one person can answer that.

Adopted Into A Wonderful Family

Little over two months later, in February of 1992, I was adopted into a family of three. We were the absolute prime example of the “middle class”, hard-working and a strong sense of family value.

It was the perfect setup, I really hit the jackpot and I will forever see my parents and older sister as my true, real, and supportive family. My Dad works in the roading management business for my entire life, and my Mum was a nurse up at the local hospital. Now days, Dad still works, and Mum now spends most of her time at home due to ailing health. But they are both my parents, but more so, they’ve been the most supportive people for the past 26-years.

Mum and Dad are the best parents anyone could ask for, and as I said earlier, I hit the jackpot and was extremely lucky.

I always knew I was adopted, and I was always encouraged to not judge my birthmother. All I knew was that she’d been faced with a difficult situation. I didn’t understand, nor did I really care half the time. It was what it was, she made her decision in 1991/92 and I have no choice but to accept it.

Oh yeah, and did I mention that not long after I was adopted I began to show signs of what would become a life-long disability? Even then, Mum and Dad kept me on and didn’t ever look back. I often wonder… how would my birthmother have coped in the same situation? My gut says she’d have crumbled.

As I conclude the first part of this story, my story, I’d like to talk about my birthfather.

Honestly, I know nothing about my birthfather. There has been a lot of hearsay about him, and I’m led to believe that he was Maori, and very poor. My birthfather died not long after I was born, some people say due to a brain tumour.

He lived rough, had next to nothing to his name, and came from a completely different social class to my birthmother. They were friends and eventual lovers, but from two different worlds. If it is true, I admire my birthfather for “punching above his weight”. Good on him, and I am delighted to have a little bit of Maori blood in me.

See you in the next part! #4Mum