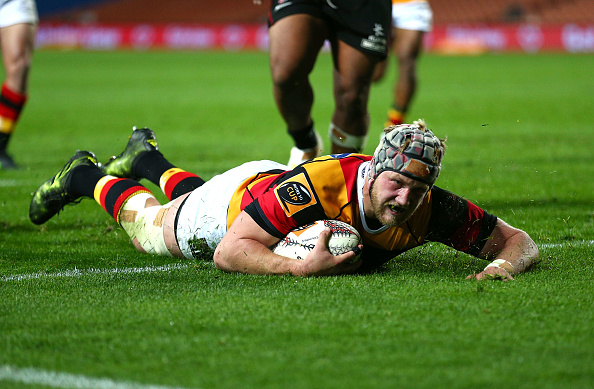 Waikato secured their first win of the season in convincing fashion after beating Counties Manakau 33-21 in Round 2 of Mitre 10 Cup action.

An atrocious amount of penalties saw Counties struggle to get into the game at all in the First Half. Waikato took full advantage, scoring three tries in the opening stanza to head into the sheds with a 21-point lead.

Waikato’s man of the moment Jordan Manihera found his way to the try line twice, continuing an impressive start to the season for the No.8. Manihera, who shone brightly in Waikato’s opening loss to Taranaki in Round One, has now scored five tries in just two games this season.

Counties tried valiantly to fight back into the game, scoring two late tries thanks to Augustine Pulu, and then his replacement at halfback, Jonathan Taumateine.

Stephen Donald also wasn’t to be outdone on his big return to FMG Stadium despite some injury concerns before the game. His try soured a lot of Waikato fans who had to sit and watch their former hero go over for the opposition side.

Ending five tries to three, Waikato secured the all important bonus point heading into a busy next seven days with games against Auckland and then Tasman.