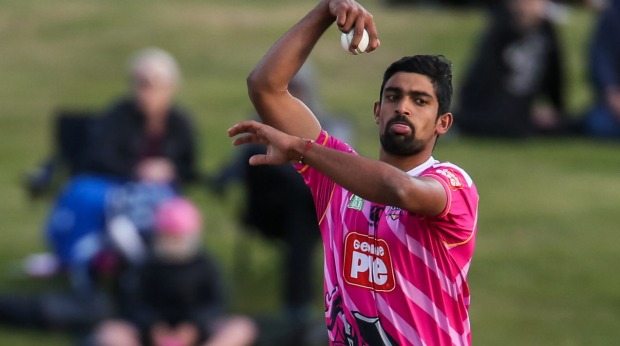 The Northern Knights kick off another domestic T20 campaign when they host the Wellington Firebirds in Hamilton on Sunday afternoon.

Australian international Ben Laughlin is back in pink for his fourth summer with the Knights, but he is joined by fellow Australian Nathan Reardon joining this time round. The Knights are going to need all the experience that Laughlin and Reardon can bring due to the unavailability of several key senior players.

Daniel Flynn, Anton Devcich, and Scott Kuggeleijn are all out for the opening round. Devich won’t feature for the Knights at all this season due to a ligament injury.

Reardon is a powerful top order batsman capable of piling on quick runs, an aggression that the Knights need in the absence of Devcich. Former Blackcap Dean Brownlie captains the Knights and will open the batting with Reardon.

In the middle order, Corey Anderson will provide a power-hitting bat and medium-paced bowling option, while Ish Sodhi takes his place as specialist spinner.

Nick Kelly, a standout from last season, returns to provide a good lower-order option for late in the run-chase throughout the SuperSmash.

Despite fielding a relatively weak squad for the opener, coach James Pamment says that early success in the Plunket Shield has rubbed off on the preparations for the SuperSmash.

Belief in each other, good culture and team spirit has been encouraging. The team are playing for each other and working hard to get better, so it is important that we keep seeing this progress.

The Auckland Aces took out last years competition, their fifth domestic T20 title since the shortest-form of the game began in New Zealand back in 2005/06. The format has undergone changes in the past few seasons, with weekday cricket and multiple matches per day being trailed to try and draw big crowds.

For the McDonald’s Super Smash this season, New Zealand Cricket has returned to the old format of multiple game going on in different parts of the country at the same time. The grand final takes place on Saturday January 7th with the highest ranked team securing home advantage.

Two other games take place tomorrow, with the Aces hosting the Otago Volts in Auckland and the Central Stags play the Canterbury Kings in New Plymouth.