Hamilton Old Boys have continued their fight back in the Waikato Premier competition after snatching victory from Otorohanga after fulltime this afternoon. 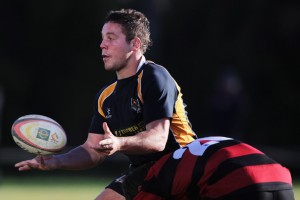 Old Boys powered out to a commanding lead in the first half as Otorohanga struggled to execute quickly at the breakdown and looked far from the table topping team they have been so far this season.

Otorohanga were patient and timed their comeback to perfection in the second half after slotting nine points from penalties.

As the second half drew to a close, Otorohanga surged amongst the questionable decisions by the referee and found themselves leading by four points as fulltime arrived.

In possession, Old Boys powered closer and closer to the line but couldn’t get through the Otorohanga defense.

With an advantage being played, Old Boys booted the ball high into the air and it was remarkably caught and touched down for the match-winning try.

Old Boys hand Otorohanga their second loss of the season 27-24.