Aaron Cruden has walked a long road prior to becoming a regular All Black first-five mainstay.

Making his professional rugby debut for the Manawatu Turbos in 2008, Cruden went on to captain the New Zealand U-20 national side to a world title the next year, before being named the IRB Junior Player of the Year months later.

Cruden arrived on the Super Rugby stage in 2010 with the Hurricanes, scoring 148 points in 25 caps before his departure two seasons later.

Cruden signed with the Chiefs, choosing to follow his former Manawatu coach and mentor Dave Rennie to the Waikato.

Cruden gives much of the success of his career to far to Rennie.

“He has been huge, not only as a coach but as a mentor as well”, Cruden said, “his positive style has been great not only for me but for the Chiefs environment over the last few years”.

Cruden was always in or around the All Blacks picture throughout the early years of his professional career,

Cruden debuted for the All Blacks against Ireland in 2010, became a regular face in the side after subbing on to replace Daniel Carter on a handful of occasions, before taking the field in the 2011 Rugby World Cup final against France after a long string of injuries to All Black kickers.

But it wasn’t until 2012 when Cruden really hit his stride in the black jersey after helping the Chiefs to a Super Rugby title.

For the last few seasons Cruden has gone from stride to stride both in the All Blacks and Chiefs jerseys.

With the ever-continuing injuries to Daniel Carter and subsequent irregular selections, Cruden has become the first choice first five-eighth for New Zealand, albeit being chomped hard from behind by Beauden Barrett.

Cruden describes his preparation during game week as very crucial to his performances on the field.

“I don’t want to play the game too early in my head before kick off. It can be hard, but it comes down to how much preparation you do during the week, I like to use the week as a chance to get my clarity about my role and what we want to do as a team.” 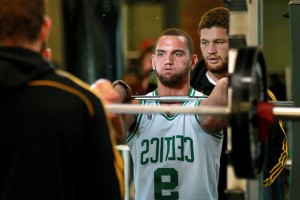 Cruden prides himself on keeping relaxed and trusting the preparation during the week.

Amongst the success, the career of Aaron Cruden hasn’t been without controversy.

Last year, after a night out on the town, Cruden missed an All Black team flight to Argentina and was severely hounded by the media for several weeks following.

Amongst all this, Cruden was fighting for his spot as the starting All Black first-five against Beauden Barrett who was going from strength to strength in his young career, and was in the eye of many in the NZ public as the deserving weekly starter.

“For me in terms of a Super Rugby side we didn’t achieve what we wanted to as a Chiefs side last year. In the All Blacks I really wanted to push my claim but it was a bit up and down. I guess you always have challenges”.

Heading into a big Rugby World Cup this year, Cruden is focusing on performing for the Chiefs first and foremost and will focus on the pressures of that tournament closer to the time.

“I am enjoying what I am doing week in and week out. Hopefully if I can do that then momentum will build and I will put in some really good performances out on the field”.

This season will be crucial for Cruden, and he will start for the Chiefs this weekend against the Highlanders.