The new All Blacks jersey will be worn for the first time on November 9th when the All Blacks take on England, but already it seems that some rugby followers aren’t best pleased. 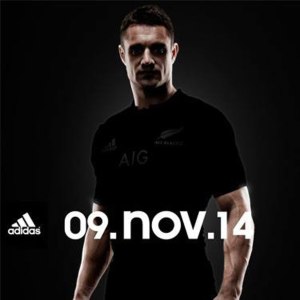 The teaser image revealed today shows that the new All Blacks strip may not feature the white collar.

It remains unclear if the lack of white collar is down to careful editing by Adidas for the soul purpose of the advertisement, or if the new strip will actually go without the popular, some may say historic, charm of the white collar.

It may be a shock to some, but prior to the 2011 Rugby World Cup the All Blacks jerseys hadn’t had a white collar for over a decade.

Perhaps surprisingly, the teaser image has been meet with some discontent amongst some who say having the All Black jersey without the white collar is a bad luck charm.

If you were to be a little superstitious, this could be a valid argument.

Oh yeah, and to buy the new All Blacks strip this Christmas will require you to part with around $200.