In what will be the busiest summer of cricket fans have seen in a while, the Blackcaps will play in three separate campaigns at home before the Cricket World Cup, beginning by hosting South Africa in late October. 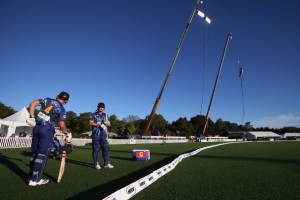 Bay Oval in Tauranga is the latest venue in New Zealand to be given the green light for international cricket, hosting the first two ODI’s against South Africa before the series ends at Seddon Park in Hamilton under floodlights. Following that series, the Blackcaps will travel overseas to play Pakistan, before Sri Lanka arrive back here in New Zealand, beginning that series over Christmas.

Hagley Oval in Christchurch will be the host of the first boxing day test in New Zealand for over a decade, kicking off the Sri Lankan series which runs from boxing day until the end of January.

The Sri Lankan series also has seven ODI’s, moving away from the traditional five which usually take place when sides tour this country.

Australia will also kick off their CWC campaign against England at the MCG on the same day.